Fruity O’Rooney achieved nine incredible wins for Heart of the South throughout his career and took his owners to some of the top meetings in the National Hunt world. He was retired in April 2016, at the grand age of 13, but it has come as no surprise that he is excelling above and beyond in his new career.

Fruity O’Rooney is loved by his owners more than any other horse we know! Rightly so, as this brave little chaser who stands at just 15.2hh, has competed at the highest levels including the SkyBet Chase at Doncaster (where he finished third despite a slipped saddle,) a solid fifth place finish in the Scottish National at Ayr and even the Hennessy Gold Cup where Fruity finished a respectable seventh behind Bobsworth (which was considered one of the most competitive Hennessy’s of late.)

The highlight of Fruity O’Rooney’s career however has to be finishing an unbearably close second in the JLT Specialty Chase at the Cheltenham Festival in March 2012. Fruity O’Rooney ran the race of his life, leading the entire way and over the last fence only to be passed on the run in. An emotional day we shall never forget!

Fruity O’Rooney is well known for his gutsy attitude and brave front running performances and there are very few people who don’t recognize his name! We will never forget the cheers as this old boy battled hard to win his ninth race at Ascot in November 2015, and there were plenty of happy tears from Fruity’s connections!

Fruity O’Rooney was retired in April 2016, after he had a few niggles which needed to respected. The horse is now living with Beccy who has fallen head over heels in love with Fruity (how couldn’t you!?) Fruity has already done several competitions and events and has exceeded with his show jumping and cross country. We love hearing about his new ventures and wish him every success in his new career. 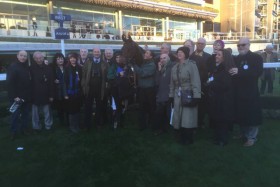 Fruity O’Rooney wins at Ascot, the 9th of his career!

What a day to remember! A truly thrilling race, November 2015
Read More 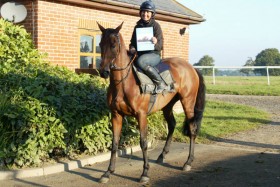 Fruity O’Rooney – so famous he even has his own book!

Now retired Fruity O'Rooney, has a book written about his amazing career. By one of his owners, all proceeds go
Read More 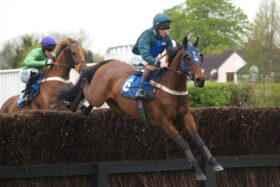 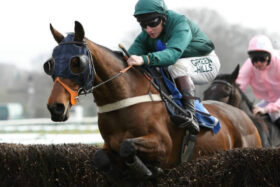 Another win at Fontwell Park for Fruity O’Rooney

A gutsy performance for another deserved win, April 2013
Read More 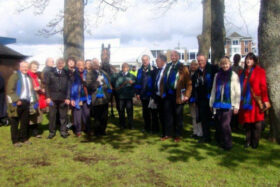 A respectable fifth for this veteran who led throughout, April 2012.
Read More 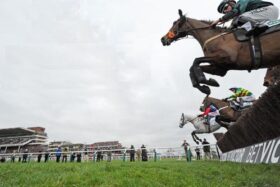 Fruity O’Rooney runs the race of his life

An amazing day! Fruity runs a blinder at the Cheltenham Festival, 2012.
Read More 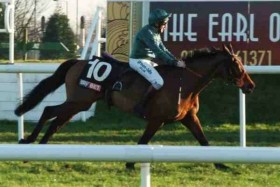 A heroic performance in the SkyBet Chase 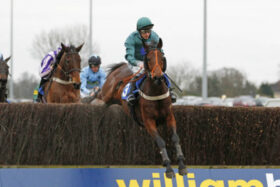 A superb win for Fruity O’Rooney at Kempton Park 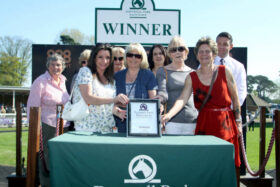 Another triumph at Fontwell Park for this little legend, April 2011.
Read More 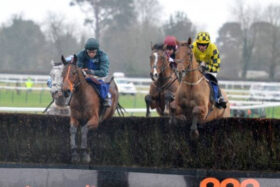 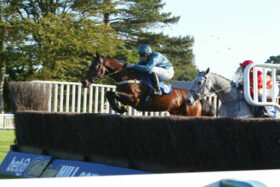 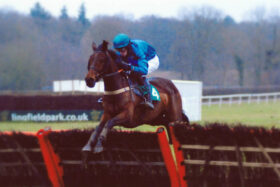 A victory over hurdles for Fruity O’Rooney

15 lengths clear in the mud under a great ride from Josh Moore, Feb 2010
Read More

“He’s an athletic type who moves very well & I couldn’t be happier with him. He is full of character & he has a very forward/willing attitude. I can’t wait to get him started this Autumn” Oliver Sherwood on our 3yo by Court Cave A few 5% shares remain! hotsr.co.uk/our-hors… pic.twitter.com/spdO…

Fantastic stable visit this week to see our new 3yo with Oliver Sherwood 🤩 This son of COURT CAVE is excelling with his pre training & looks magnificently well 😍 Delighted all of those in attendance also liked what they saw & proceeded with a share ‼️A few 5% shares remain‼️ pic.twitter.com/oxA6…

Not Aiguillette’s night tonight but still proud to see him & @Aidankeeley25 wearing the cap in support of Ukraine 🇺🇦 If you would like to join us & support then donations are welcome - justgiving.com/fundr… pic.twitter.com/Fvq0…

2yo KING OF ITHACA flashing the camera a smile as he canters up the gallops 🤣😁 pic.twitter.com/HLQP…