Despite 3 inspections today’s fixture at Market Rasen has been abandoned due to frost. Cilaos Glace really has little luck when it comes to the weather but hopefully we can see him racing very soon as he is bouncing at home! He holds an entry at Wincanton next Wednesday.

Stable mate Walk In The Wild has been entered at Wetherby for next Thursday. He has been schooling brilliantly over his hurdles at home and we hope to see a marked improvement from him this time.

Waikiki Waves has been entered at Leicester over fences next Tuesday whilst his stablemate Jumping Cats holds an entry at Lingfield Park on the AWT whilst the jumping ground is currently against him. SB

Waikiki Waves has not been declared for Plumpton tomorrow and instead will return to fences at Leicester next week. He’s been in good order at home and we look forward to seeing him back in action.

Our next runner looks to be Cilaos Glace who holds an entry in a £20K race at Market Rasen on Friday! SB

Waikiki Waves holds an entry at Plumpton next Wednesday over hurdles and he is likely to be entered over fences at Leicester on 25th January. Hopefully we can get the right race for him and see him winning again!

Riohacha looked in great order at Cisswood Stables this week as he undertakes his conditioning work. He is such a fine stamp of a horse and a video with a twist will shortly be available on our social media sites! SB

Despite the rather dull weather we enjoyed a great morning at Oliver Sherwood’s today seeing our two boys in action on the gallops. Recent winner Cilaos Glace looks a picture and he is likely to head to Market Rasen on 21st January for a £20K race!

His stable mate Walk In The Wild looks very well following his wind operation. He is on course to race towards the end of this month too and the best option for him looks to be Wetherby on 27/01. Hopefully we can see a marked improvement from him.

Recent 2-time winner Legal Rights holds an entry at Fakenham on Monday 17th January. He was raised 7lbs for his victory last week and remains in great order at home!

Our flat horses are starting to return to training now with Reckon I’m Hot back at Cisswood Stables and looking brilliant (Quloob and Aiguillette will soon follow) and 4yo mare Isayalittleprayer has recommenced light ridden work. SB

Ruby Yeats by no means disgraced herself at Chepstow on Thursday but unfortunately a combination of the trip, ground and fast pace just caught her out. She did stay on in the closing stages and try her best but ultimately she needs at least 2m4f and proper heavy ground now. Fingers crossed it will all come together for her soon and we can see her back to winning ways!

Recent winner Legal Rights has been tentatively entered at Huntingdon next week but he will only run if trainer Gary Moore is 110% happy with him. SB

Congratulations to connections of Legal Rights as he follows up his Boxing Day win with another this time at Hereford! The horse was given an excellent ride from young Niall Houlihan as he settled the horse in midfield before making his move up the inner as the field turned for home. Legal Rights found himself in a mini battle with the eventual second but it was fantastic to see our boy really digging deep all the way to the line.

We are so delighted for this little horse who really seems to be in the form of his life at the moment and for his lovely Owners who just adore this horse! Legal Rights winning yesterday marks out 4th winner from our last 5 runners – long may it continue with Ruby Yeats tomorrow at Chepstow! SB

Our runner today is Legal Rights who looks to have a great chance at Hereford and is now favourite. Niall Houlihan is back in the saddle after his fantastic win on the horse last time out. Ruby Yeats has also been declared for Chepstow, Jamie Moore takes the rides and he feels “there is just one to beat!”

It remains a a busy time in terms of runners for HOTSR and a busy week in general as a number of our flat horses are set to return to training after a winters rest….we can’t wait to see them back in action! EA.

Happy New Year to all our owners and readers! Our first runner of the New Year is now set to be Legal Rights who heads to Hereford on 4/1 in another conditional jockey’s contest over 2m3f. 10yo mare Ruby Yeats also holds an entry next week at Chepstow on 6/1 where the current ground is heavy – perfect for this mud loving mare!

Oliver Sherwood trained Cilaos Glace didn’t run not over the festive period due to a slight infection, but he is recovered now and we expect some entries for him very soon. EA

Congratulations to connections of Legal Rights as he won his first race of his career at Fontwell Park on Boxing Day! The horse jumped his hurdles beautifully, travelling strongly under Niall Houlihan and battling gamely up the home straight to land his first win. We were absolutely delighted for connections & it’s great to see Legal Rights enjoying a fantastic season. He holds an entry at Warwick on Friday but a more likely option looks to be Hereford on 4th January.

Cilaos Glace has not been declared for his potential options this week and will instead be given a little more time. SB

Legal Rights has been declared for Fontwell Park on Boxing Day in the lucky last. The weather forecast looks like the ground might turn in his favour and we are looking forward to seeing him back in action.

Cilaos Glace holds entries at Leicester and Taunton over the Christmas period.

We hope you all have a wonderful Christmas!

Congratulations to connections of Waikiki Waves as he wins his 8th career race at Lingfield Park yesterday. He relished a more prominent ride from Jamie Moore and jumped his hurdles brilliantly throughout. It was great to see him rally in the closing stages to keep his head in front and we are delighted to say he is well this morning. Relive his win here.

Ruby Yeats is our next runner in the 1.25pm race at Plumpton this afternoon. Good luck to her connections!

Legal Rights holds an entry at Fontwell Park on Boxing Day whilst recent winner Cilaos Glace is entered at Market Rasen on Boxing Day too. SB 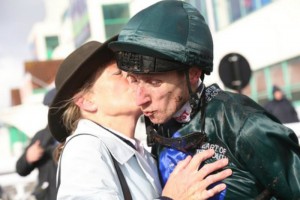 Our fantastic Good Guide to Racehorse Ownership explains all!
END_OF_DOCUMENT_TOKEN_TO_BE_REPLACED 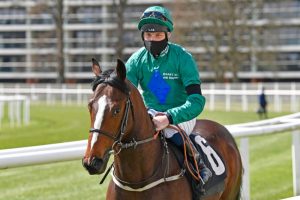 Available now in 2-year-olds plus a proven older horse.
END_OF_DOCUMENT_TOKEN_TO_BE_REPLACED