As a horse’s racing career reaches an end, it can be a sad time for connections and at HOTSR it’s just as important to us as it to the horse that a decent, loving home is found. For us, rehoming our horses is a huge part of the job and we always strive to find our horses a life-long, perfect home whether it be for eventing, polo, a happy hack, a broodmare or simply a field companion.

We are thrilled that so many of our ex-racehorses are doing well in their new homes and excelling in new careers. Read below for a recent update on some of our horses: 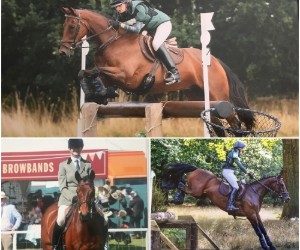 Fruity O’Rooney was the horse of a lifetime! He won nine races throughout his career and made an appearance at the Cheltenham Festival on 3 occasions as well as the Hennessy Gold Cup!
He was retired in 2016 to Beccy Green and continues to be a superstar in the eventing world! It is no surprise that he excels with his showjumping and cross country and he even made an appearance at the Royal Windsor Horse Show last year! For this season Beccy is focusing on improving his dressage (although this bouncy soon to be 16yo is hard to tame!) and he will begin his season at Swalcliffe in a few weeks time. 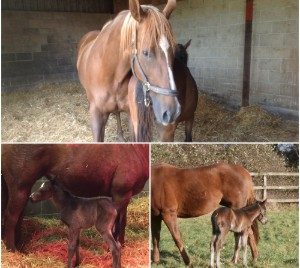 Marmalady was a 5-time winner for HOTSR who was sold at the Tattersalls Broodmare Sales in 2016 and bought by a former syndicate Owner. The mare is spoilt rotten in her new home and has a 2018 foal by Adaay who is now in training & a 2020 foal by Sea The Moon. Sadly Marmalady passed away shortly after giving birth to her foal. She will be sorely missed & we will follow her foals with great interest. 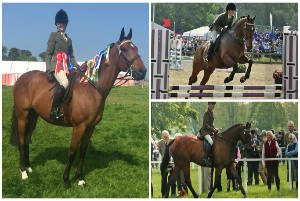 Home bred Imperial Ruby won a total of £120 in prize money as a racehorse, but he has been cleaning up cleaning up in the ROR (retraining of racehorses) classes across the country since.
Imperial Ruby (now named Impy) has won dozens of rosettes and was crowned ROR Showing Champion at Hickstead in 2017! Read more about his fantastic progress here. We are so excited to see what else he can achieve with his amazing owner Sar. What a fabulous turn of events for this gorgeous horse! 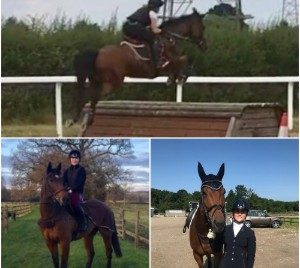 French Bred Capsis Desbois was expected to be a smart chaser based on his pedigree, and despite making an encouraging start to his career he lost his way and was retired from racing in 2017. The horse is now being retrained and looks set to be the perfect eventer! He is extremely kind natured, schools beautifully and looks to have heaps of potential. We look forward to following his new career! 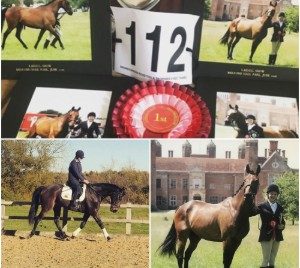 Being a half brother to Fruity O’Rooney, this lovely lad had big shoes to fill and although he showed ability on the track, a wind issue unfortunately prevented him from reaching his full potential. Oh So Fruity was therefore retired, and after a few attempts to find a suitable home, Oh So Fruity finally found Robyn and he could not be more loved! He won his first show last Summer and looks set for more shows and dressage this year. We are so pleased for horse and owner as they really seem made for each other. 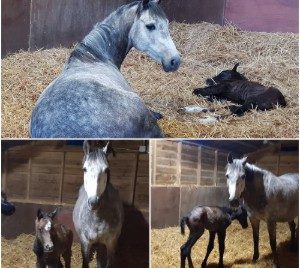 Despite having a huge heart, this pretty filly was quite limited in ability and despite our attempts as she didn’t progress into the successful racehorse we’d hoped. Luckily she had looks and determination on her side, and after a successful polo campaign and was sent to stud by her new owner. Based with experienced horsewoman Clare in Sussex, Outback Princess had her first foal in February 2018 by Bobby’s Kitten and is now in foal by Epsom Derby winner Sir Percy. She has taken to motherhood brilliantly but could well return to polo in the future too. 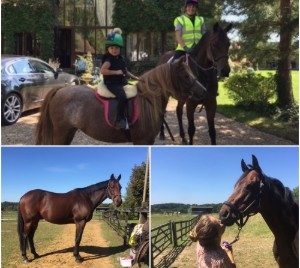 This well-bred, beautifully put together son of Sea the Stars (whose half sister won the 1000 Guineas) won two races over hurdles for HOTSR and was placed 6 times. He was retired in 2017 after after a heavy fall at Fontwell but luckily for his new owner he still loves his jumping! Now based with our very own Eloise Adamski and her family, he is is spoilt rotten! Roy is a quirky character but with the right routine, he is loving his new life and regularly enjoys hacks, pole work and jumping. 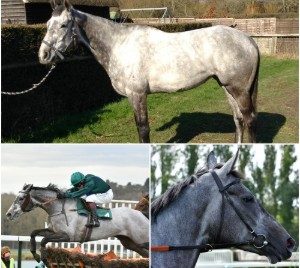 Onehelluvatouch was a winner for us on the flat and also enjoyed a few positive spins over hurdles. In truth however, her heart was never really in love with racing (we think after a nasty incident involving her blinkers slipping at Brighton) and she was retired last Summer while she remained fit and well. She has found the perfect home with the Balding family and enjoyed a few months paddock break. This year her new Owner Carl took her to two classes where she finished 1st and 2nd! 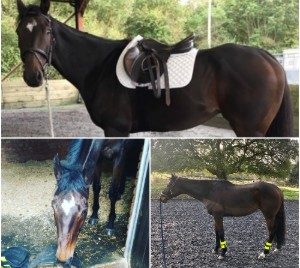 Zambeasy was a loyal horse for his Owners over the years and won 5 thrilling races throughout his career. Despite looking incredibly keen on the gallops, age finally caught up with Zambeasy and his Owners made the decision to retire him last summer. Zambeasy landed right on his feet with the brilliant home he deserves with Sarah, where he is described as a very clever and honest horse who learns quickly. He spent a few months doing lunging and flat work with some gentle hacking and the plan this season is to try his hand at dressage and showing. He certainly has the looks to do well in this sphere!

Jumping into a new week… As so clearly demonstrated by our 3yo by Court Cave who has plenty of character!! 🤪😂 pic.twitter.com/lwvi…

“He’s an athletic type who moves very well & I couldn’t be happier with him. He is full of character & he has a very forward/willing attitude. I can’t wait to get him started this Autumn” Oliver Sherwood on our 3yo by Court Cave A few 5% shares remain! hotsr.co.uk/our-hors… pic.twitter.com/spdO…

Fantastic stable visit this week to see our new 3yo with Oliver Sherwood 🤩 This son of COURT CAVE is excelling with his pre training & looks magnificently well 😍 Delighted all of those in attendance also liked what they saw & proceeded with a share ‼️A few 5% shares remain‼️ pic.twitter.com/oxA6…

Not Aiguillette’s night tonight but still proud to see him & @Aidankeeley25 wearing the cap in support of Ukraine 🇺🇦 If you would like to join us & support then donations are welcome - justgiving.com/fundr… pic.twitter.com/Fvq0…

2yo KING OF ITHACA flashing the camera a smile as he canters up the gallops 🤣😁 pic.twitter.com/HLQP…