Ruby Yeats was kindly leased to HOTSR by her breeder Sue Somner back in 2019 and what a delight this 4-time winning mare is to be involved with. A mud loving and super tough sort, she strives on the routine at Cisswood Stables and loves to be patiently ridden by the super talented Josh Moore. Both Josh and trainer Gary Moore have already lined by some juicy targets for the forthcoming winter and we can’t wait! This will be Ruby’s final season racing before she retires to stud – read more about her breeding syndicate venture!

In January 2020 Ruby Yeats landed her first win since 2016 in an emphatic fashion and a big price at Fontwell Park – much to to the delight of her owners! With her confidence high she followed this up with another gutsy win over hurdles at Plumpton on 9th March where she jumped faultlessly and picked off her rivals with ease. After a couple of errors over fences, a return to hurdles was really the making of her. Relive her wins below.

The 2020/21 season was Ruby’s best to date with her finishing in the prize money on almost every start! It began with a very encouraging run in a Class 2 hurdle race at Sandown Park’s Tingle Creek meeting before she scored her third win over hurdles in the HOTSR colours at Exeter in January 2021 where she relished grinding it out in the mud. Ruby Yeats achieved another placed finish at Plumpton and took her Owners to Ascot for a Class 3 contest against some fancied horses, before the ground too firm and she went on a summers holiday.

Ruby Yeats is now back in full training with Gary Moore looking magnificent!  Her regular jockey Josh Moore has always maintained that Ruby Yeats is capable being competitive in testing conditions at a higher level and big handicap targets at Ascot and Sandown, plus the Lanzarote hurdle and a Listed Mares race are already on her agenda. 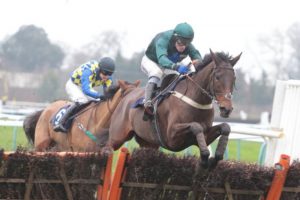 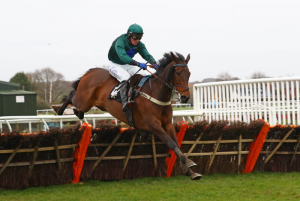 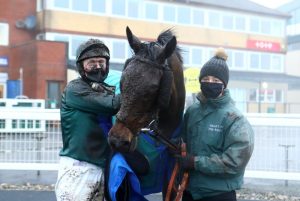 Ruby Yeats gives her all for her 3rd win 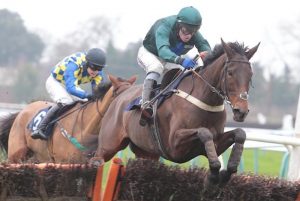 Get involved in this exciting opportunity of a breeding syndicate with the wonderfully tough Ruby Yeats! Just 20 spaces available ...
Read More

The Aiden O’Brien owned Yeats was a 7-time Group 1 winner. He won the 2m4f Group 1 Ascot Gold Cup an impressive 4 times, the Group 1 Coronation Cup at Ascot as well as the Group 1 Prix Royal-Oak in Ireland.

The Dam was a winner over hurdles and was consistently placed in Class 4 company. The only other offspring was Georgea who Gary also trained! She finished placed on her bumper debut and was never far away over hurdles too.

Her Sire Terimon won the Group 1 Juddmonte International Stakes at York and the Dam Gospel was a 4-time winner over sticks. Her biggest triumph came in the Grade 3 Novices Hurdle Handicap at Cheltenham.

This is a 20-owner syndicate allowing lease owners maximum involvement with their horse and trainer but still sharing the costs. There is one complimentary Owners & Trainers Badges every time the horse runs and you are welcome to visit their horse on the gallops whenever they wish. Each lease owner will receive a 5% return of the bank balance at the end of the season. At the end of the 21/22 season Ruby Yeats will evolve into a breeding syndicate – read more.

#NationalRacehorseWeek & fantastic to be a part of it at @gl_racing today! Weather was glorious, horses looked amazing & spectators were treated to a gallop morning & schooling demo🏇🏽Gary’s team did brilliantly & enjoyed some well deserved burgers after such a successful day! pic.twitter.com/Der2…

3 runners for HOTSR at @ChelmsfordCRC 4.50pm RECKON I’M HOT returns to the AW & back to 5f @ClutterbuckRhys rides 7pm PIVOTAL TIME makes his return with David Egan on board 8pm AIGUILLETTE a winner last time & reunites with jockey @ClutterbuckRhys🤞🏼crossed for a lucky evening! pic.twitter.com/m4aI…

Perks of being in a breeding syndicate with 4-time winner Ruby Yeats: ✅Choose the stallion ✅Learn all about breeding ✅Visits to the National Stud to see mare/foal ✅Watch your foal develop ✅Choose your trainer ✅Experience the thrill once your horse is ready to race! pic.twitter.com/g95c…

HOTSR are pleased to offer something new this season – a breeding syndicate with the wonderfully tough RUBY YEATS!🤩 Be involved in the entire exciting process from start to finish & own your dream NH horse from literally day one! Limited to 20 spaces - call us for more info 📞 pic.twitter.com/OVIa…